Transport Fish from
sea to land

transport fish from sea to land

ES Plastics has developed in conjunction with New Zealand’s fishing industry the next generation of Commercial Fish Case.

Modelled on European design lines to provide the industry a crate that will deliver their catch in pristine condition. The crate has a structural top edge that also acts to keep the crates from jamming when nested, and features drainage channels to direct blood slurry to the outside of each crate. This feature means that the fish in the crate at the bottom of the stack is as fresh as those in the top crate, as the blood slurry will NOT flow down from crate to crate.

The handle area has been strengthened and designed to centrally locate the lifting hooks and chains commonly used to lift 7 x packed crates out of the hold and onto the wharf. We have also added ‘bumpers” to the corners at the base to let them be dragged over uneven surfaces with minimal effort or chance of being caught up.

By utilising the optional lid, these crates can also be used as an Iki Bin to pack Snapper head to tail to keep them straight and on ice. When used as “Tubs”, the lid also serves to keep bird life off the top crate in a stack, as well as other airborne debris.

Made in New Zealand with materials formulated to meet the harsh environments in the industry, these crates are built to last and offer efficiencies in use over the incumbent crate. 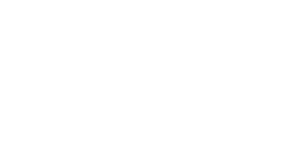